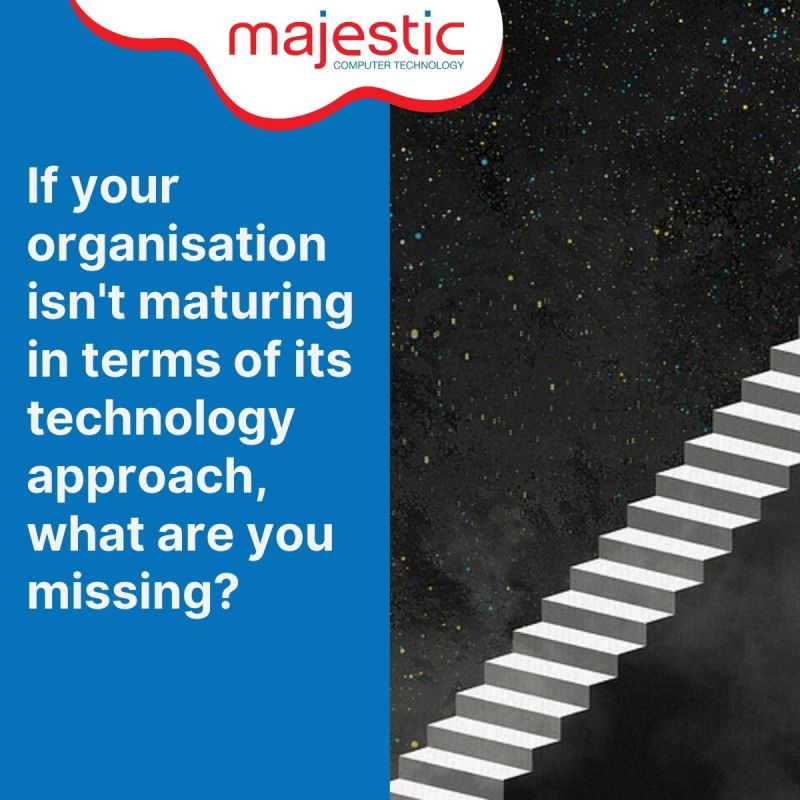 Majestic’s Organisational Maturity model defines an organisation’s operational IT maturity by where it sits within 5 levels.

Our focus for now is on the first two stages – Initial and Emergent. These stages are characterised by an organisation applying foundational technology at a basic level, yet also failing to really consider the strategic connectivity or functionality of the technology within their organisation. 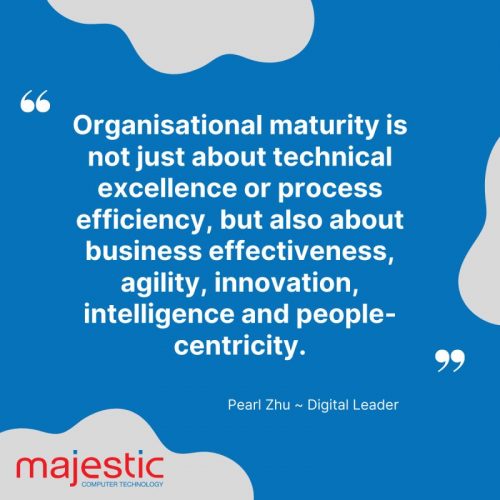 The Majestic Organisational Maturity model has evolved from many years of working with SME organisations. From our initial assessment (when they’re not yet a client), all the way throughout our engagement with them, we’ve analysed the patterns we’ve seen time and time again and been able to define them as a model that consists of five different levels that describes the way in which a business operates in the context of their operational maturity. 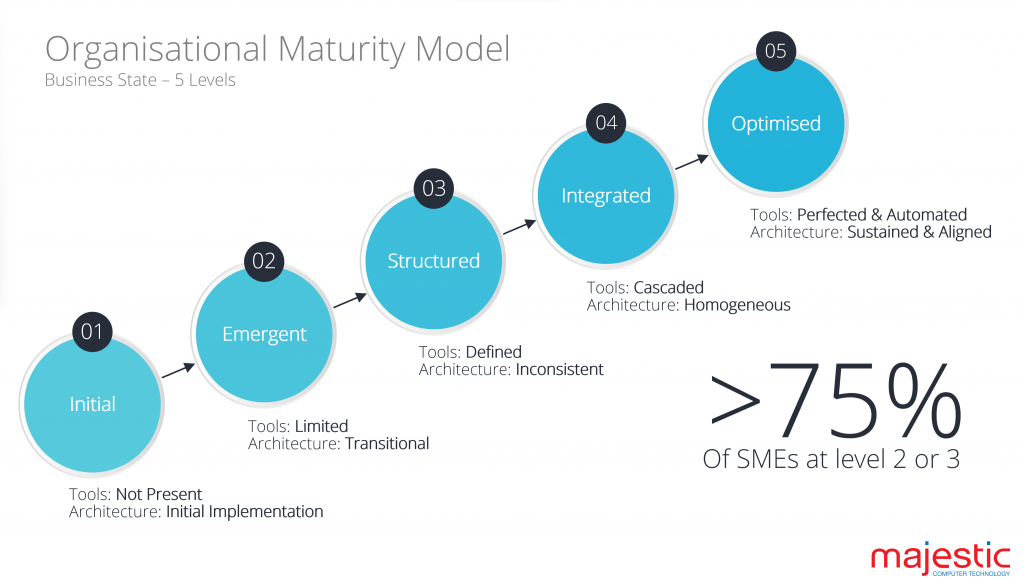 An organisation at the Initial state will have a very basic set of technology tools. Most likely an email program, word processor, spreadsheet package and possibly a small application to run accounts and produce invoices etc. Although these tools may be sufficient for the job at hand, nobody has really given any thought to the underlying architecture.

Due to this there is very little, if any, integration between those various tools, so information needs to be manually transferred by human beings from one type of technology into another and that’s very time consuming. When an organisation develops some additional maturity, they move on to what’s called the Emergent state, where there is still a limited number of tools being used, but there are now some more tools available to various departments, people, individuals and so on in their roles.

They evolve into a transitional state in terms of the way in which information can flow from one system into another. It’s far from ideal, but they’ve at least got a basic awareness of the fact that they need to have some better integration between their tools so that the flow of information between them is cohesive. This is the beginning of them creating a strategy that will lead them right up to the Optimised level.

Watch for the continuation of this series next week as we define the Structured, Integrated an Optimised level of the maturity model.

A recent Accenture study revealed that maturing only one level higher on the Organisational Maturity scale results in an average 7.6% efficiency increase and 2.3% profit increase. Across our client base, we’ve seen some significantly more impressive results. With the majority of SME organisations operating at or below level 3 on the maturity scale, there are many ways in which change can be implemented without necessarily making widespread alterations to your organisation’s investment.

You can find out more about the Organisational Maturity Model and how it relates to your organisation in Majestic’s white paper “ Best Practice Approach to I.T. Management for Healthcare and Social Services Organisations”, available here. 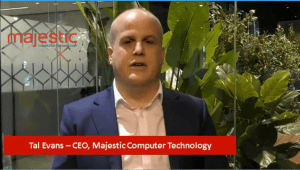 The hidden cost of inadequate IT infrastructure 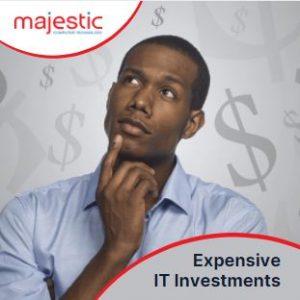